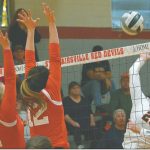 Story by Rick Thorp of The Times Leader ST. CLAIRSVILLE — After falling to Shenandoah in the OVAC 2A volleyball championship almost two weeks ago, Shadyside head coach Eric Mercer’s hope was that his Lady Tigers would see the Zeps again in the Division IV East District final. Mercer got his wish Wednesday night. Shadyside, the 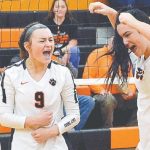 Story by Rick Thorp of The Times Leader SHADYSIDE — Challenges build character. And, the last two weeks, the Shadyside High School volleyball team has faced its share of them. But it’s tournament time, and first-year head coach Eric Mercer, expects the going to be a bit rougher than the regular season. There, the Lady Tigers 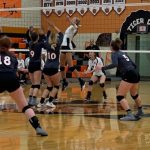 Story by Rick Thorp of The Times leader After falling in the OVAC 2A championship volleyball match last Saturday, Shadyside head coach Eric Mercer told his team to put the defeat in the back of its mind and turn its focus to sectional play. From the looks of things Wednesday night, the Lady Tigers have a good

• Tigers improve to 21-0 OCT 9, 2019 BUBBA KAPRAL Executive Sports Editor  SHADYSIDE — Perfection lives on State-ranked and unbeaten Shadyside punched its ticket into the OVAC volleyball championship game via a 25-9, 25-16, 25-18 sweep of Toronto in the Class 2A conference semifinals on the Orange boards Tuesday night. The Tigers will meet 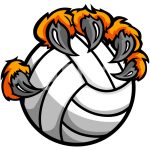 SHADYSIDE — The Tigers ran their record to 13-0 by virtue of a sweep of Wheeling Central thanks to scores of 25-11, 25-10 and 25-12. Shadyside was led by Madison Davis’ 17 assists and six aces. Sophomore Paige Gorby had five kills and three aces. Caroline Mercer added 10 digs and three aces, while Tory