Story by Kim North of The Times Leader

“The goal was to win the game and the priority was to not get any more players hurt while accomplishing that,” veteran Shadyside head coach Mark Holenka said after watching his Tigers (6-3) post a workmanlike, 35-8, triumph over a game, but outmanned, Bulldogs (1-8) squad at chilly Fleming Field. Shadyside had six players not dressed for the contest, and a handful of regulars saw limited duty

With the win, Shadyside, which entered the contest ranked third in Division VII, Region 27 but slipped to fourth after being jumped by Newark Catholic, continued its push for a first-round home playoff game. However, No. 6 Frontier lost, 25-22, at Monroe Central on Friday night. The Tigers travel to Woodsfield next Friday to conclude the regular season against the Seminoles (4-5) who are still mathematically alive for a postseason berth in the same region. 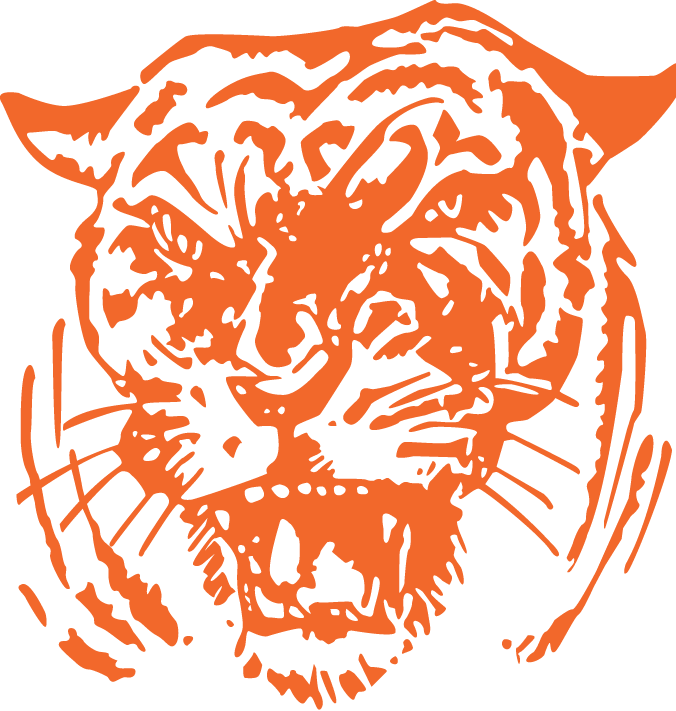 Bridgeport took the opening kickoff and ran off nine plays before shooting themselves in the foot.

“They got a couple of first downs on sweeps. It was just a matter of us getting our heads straight and tightening the bolts. We weren’t worried as much about (them picking up) first downs as we were (them getting) touchdowns. That’s where we were at,” Holenka said of the opening drive of the game in which Bridgeport picked up a pair of first downs — one on 4th-and-5 — before fumbling the ball on 4th-and-6 from the Tigers’ 43.

Shadyside senior linebacker Matthew Lucey jarred the ball loose and 6-4, 290-pound senior Caden Honeywell wisely fell on it at the Bulldogs’ 40 instead of trying for the scoop-and-score.

Four plays and 40 yards later, sophomore running back Wyatt Reiman followed the blocking off left guard Jalob Honeywell and left tackle Caleb Davis for a 4-yard scoring run. Junior placekicker Angel Velasquez drilled the first of his five PATs for a 7-0 reading at the 7:04 mark.

The Bulldogs once again turned the ball over near midfield on their second possession as Shadyside sophomore defensive tackle Kristopher Tsoras covered it at the Bridgeport 43.

“Unfortunately, our youth showed up at the wrong times,” second-year Bridgeport head coach Fred Ray said. “We ran the ball well. We were driving it and we had two big drops (passes) that really hurt. One would’ve been a sure touchdown and the other would been a little iffy, but those are game-changers.”

Shadyside then put together a 9-play, 95-yard scoring drive that chewed up nearly four-and-a-half minutes of clock. Reiman capped the march with a 3-yard run for a 21-0 reading. Twice on the drive Reiman literally ran over a Bridgeport defender. He also caught a 44-yard pass and converted a 3rd-and-6 with a 7-yard scamper that set up the touchdown.

The Tigers added one more TD before the half ended. Sophomore quarterback Rhys Francis found Reiman along down the left sidelines for a 43-yard scoring play and the strong-legged Velasquez made it 28-0 with 16.3 seconds showing.

Taking the second-half kickoff, Shadyside went 58 yards on seven plays as Francis scored on a 6-yard quarterback draw. Velasquez made it 35-0 and instituted the OHSAA’s 30-point mercy-rule.

However, the Bulldogs put a halt to the running clock when freshman quarterback Colin Jackson teamed with senior wideout Izaac Jozwiak on a 38-yard scoring connection in the fourth quarter. Jackson then found Corey Meersseman for two points.

“We knew Bridgeport was outmanned but they fought and battled the entire game,” Holenka noted. “You have to respect that, but, by the same token, we’ve got to respect the fact that we want to try and stay sharp, take a step forward and run our offense without rubbing salt into the wound.

“Without watching the film, I really can’t say who played well and who didn’t,” Holenka added. “Hopefully everybody played a pretty good game. It was 35-0 basically. We’re happy.”

Shadyside piled up 355 yards of total offense, with Francis passing for 145 on 7 of 11. Reiman caught three aerials for 106 stripes while also running 13 times for 93. Visnic finished with 60 yards on eight totes. He also logged an interception on defense.

Bridgeport had 246 yards of offense, but only 42 of it came before halftime. Jackson completed 11 of 21 attempts for 175 yards, a score and a pick. Jozwiak caught seven for 99 yards. Freshman Joe Bugaj picked up 69 yards on 19 carries.

“It may not be showing up in the win column, but we are making strides,” Ray noted. “As a coach, that is all I can ask. The kids played hard and I am proud of them.”

The Bulldogs end the season a week from tonight when Cameron visits the Dave Bruney Football Complex in Martins Ferry. Kickoff is at 7.