SHADYSIDE — It wasn’t a must win by any means. But it was a critical win, nonetheless. 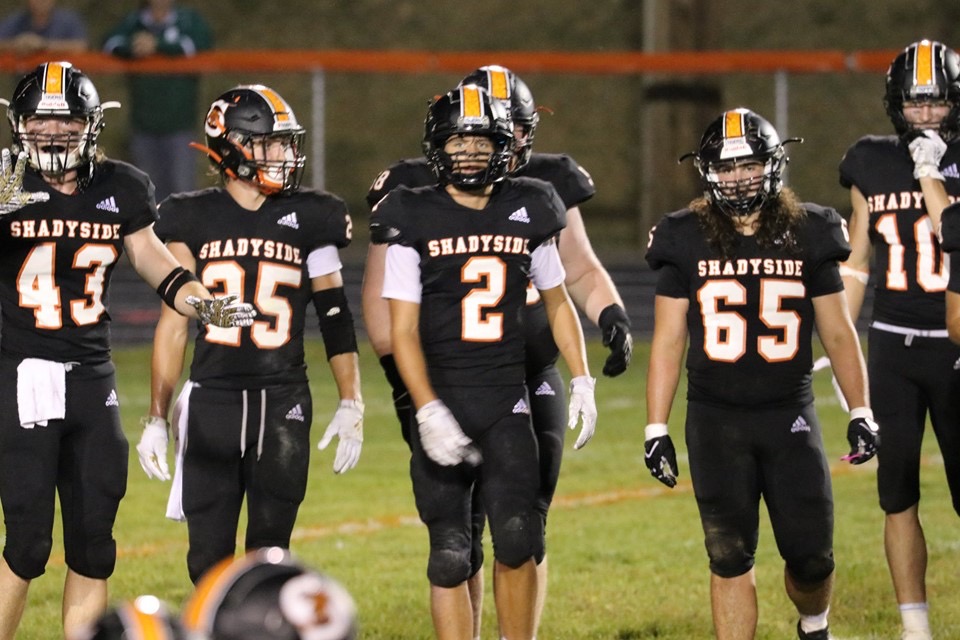 The Zeps entered the fray unbeaten and sitting atop the Division VII, Region 27 playoff rankings. It is the same region the Tigers reside in.

Another Orange & Black setback would leave Shadyside with little margin for error in its quest to extend its impressive post-season run.

With that being the case, Coach Mark Holenka’s well-drilled charges exhibited no ill effects of last week’s heartbreaker and played with a sense of purpose, albeit sloppy at times, in pocketing a workmanlike 27-0 verdict before a nice-sized turnout.

The Tigers improved to 3-2 on the campaign and await another solid opponent when River visits Fleming Field Friday. It will be a special night as Shadyside celebrates 100 years of football.

The game got off to a shaky start for the Tigers as the Zeps’ Briar Portman returned the opening kickoff from his six to the Orange 14. The Shadyside defense wouldn’t budge, however, forcing a 36-yard field goal attempt that came up a few yards short.

The Tigers subsequently embarked on an eight-play drive from their 20 to inside the Shenandoah five. As fate would have it, the Tigers fumbled away possession at the one, coming away pointless.

On the ensuing possession, Shenandoah was forced to punt. The boot, however, was blocked by the 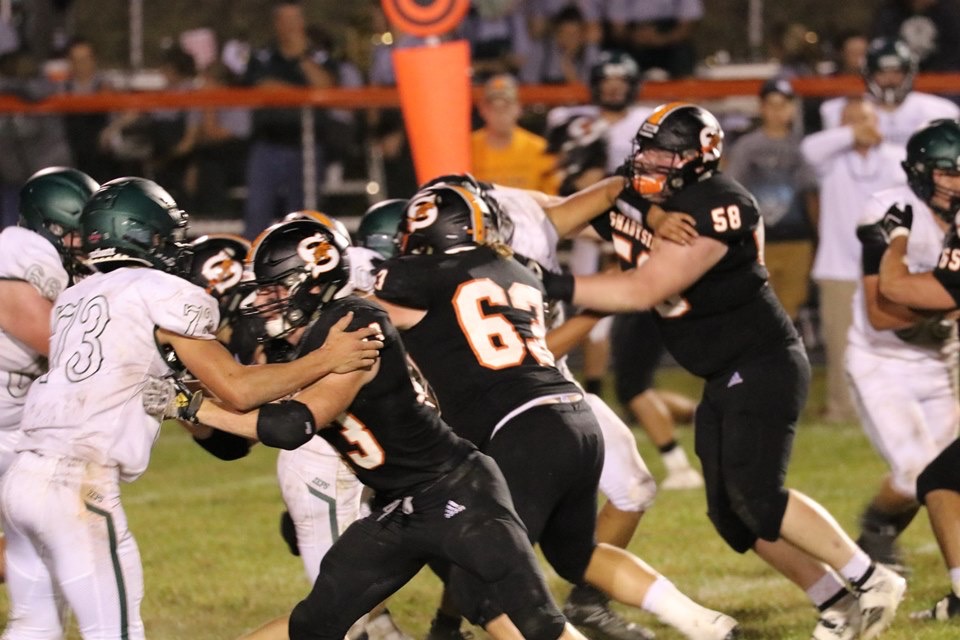 Tigers’ Camden Brown, giving the hosts the ball at the Zeps’ 28. Shadyside failed to take advantage of the good field position, turning the ball over on downs at the 21.

Shadyside finally found paydirt with 6:39 left in the opening half after a six-yard Zep punt. The Tigers drove 67 yards on just six plays, climaxed when senior standout Kelly Hendershot hauled in a 38-yard pass from sophomore Rhys Francis. Angel Velasquez added the placement.

Shadyside gave itself some breathing room on its second possession of the second half after sophomore Gage Joseph covered a Zep fumble.

The hosts embarked on a 69-yard, seven-play march. Francis found a wide open Wyatt Reiman on the right sideline for a 31-yard scoring connection for a 13-0 lighting. The PAT was blocked.

The Tigers put the decision on ice with two fourth-quarter touchdowns.

Junior Jacob Visnic bulled in from a yard out with 11:06 to play after the Tigers covered 46 yards in just four plays. Velasquez converted for a 20-0 reading.

The final Shadyside score was made possible by a Jakob Klug interception at the Shenandoah 20. Three Reiman bursts set the table for a two-yard scoring run from senior Sam Merryman. Velasquez again added the PAT making it a 27-0 finale.

“I thought our defense played lights-out. When we kept them from scoring after the long kickoff return it gave us confidence that we could control the game,” Holenka said. “We were just doing little things in the first half that kept us behind the eight ball.

The Shadyside defense, getting superb performances from a host of players, did turn in an exceptional effort.

The Tigers limited the Zeps to 207 totals yards. The Noble Countians mustered just 27 yards on the ground.

The Shadyside offense, which at times looked out of sync stymying drives, churned out 300 total yards, 162 coming on the ground.

Reiman again served as the rushing workhorse, carrying 20 times for 128 yards. Francis, meanwhile, completed 8-of-13 tosses for 138 yards. In the process, he eclipsed the 1,000-yard mark. Hendershot hauled in four passes for 80 yards.

Shenandoah’s Kendal Sherman completed 12-of-20 passes for 179 yards. The Zeps were their own worst enemies with four turnovers. Reiman also had an interception for the hosts.

“When you can win when not playing your best, you take it,” Holenka said. “But you must be smart enough to clean up the little things.

“We have a team coming in hungry and they want to beat us,” he added. “River is playing well so we have a lot of work to do.”

At halftime, Mattie Reiman was crowned as Shadyside Homecoming Queen.