SHADYSIDE – David “Ty” Fleming is a Hall of Famer. Make that a two-time Hall of Famer.
The Shadyside High coaching legend has added another special award to an already honors-filled resume.

Fleming has been selected to enter the Ohio High School Football Coaches Association Hall of Fame. His induction will take place next June in Columbus.

The former four-sport Shadyside prep standout was previously inducted into the OVAC Hall of Fame.

“It is a very humbling honor. It is an extremely special award,” Fleming said. “You don’t go into coaching for honors or awards. It is about helping kids grow and become men.

“This honor is a 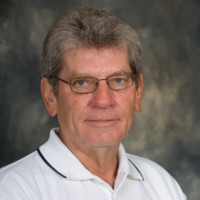 result of all my players and staff,” the former Kent State hoopster added. “They both have been very loyal and committed.”

Fleming recorded an overall 165-92 record as a head football coach, the last 22 seasons coming at his alma mater. He served one season (1978) as the St. John Central head grid coach, guiding the Irish to a 7-3 mark, including the final win in SJC history against Guernsey Street rival Bellaire.

He first guided the Tigers from 1980-91, capturing a pair of OVAC championships (1982 and 1989). The Orange & Black made two state playoff appearances during that span: 1989 and 1991. The 1989 team reached the regional title game, bowing to eventual state runner-up McDonald.

“We pushed our players hard. We knew we had to be in better shape than our opponents because we were smaller and had to be in better condition in the fourth quarter,” Fleming said. “But our kids always took to our coaching and responded well. They always stepped up.

“Losing hurts. You learn a lot more in your loses than in your wins,” he added. “There is really no one game that really stands out for me. We were involved in a lot of big games with a lot of great players.”

Fleming cut his coaching teeth in 1971-72 as a football and basketball assistant at Newton Falls. That one-year gig helped him land a teaching and grid assistant’s job a 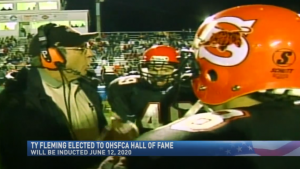 Fleming stayed just one year at the Akron school, returning to Shadyside to become head football coach. During his time with the Tigers, he also coached track and girls basketball while also serving as the school’s athletic director for 10 years.

Fleming was a two-time Ohio Valley ‘Coach of the Year’ honoree and the 2000 recipient of the Carl Hamill Award from the Dapper Dan Club of the Upper Ohio Valley.

“What I miss most about coaching are the practices more-so than the games. In practice is where you have time to build bonds and camaraderie with your players,”Fleming said. “I have been very fortunate to coach at Shadyside. It is a great community that supports our teams, win or lose. There is a lot of pride in Shadyside.”