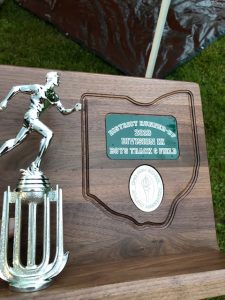 ST. CLAIRSVILLE — Not even two weather delays for lightning could deny a strong and large collection of area athletes a regional berth. 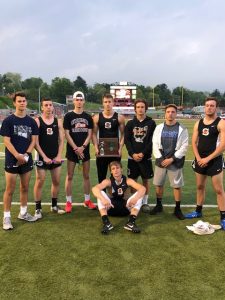 ssillon to compete in the regional.

The Shadyside boys, who won the OVAC Class 1A/2A title on the same oval earlier this month, added a silver trophy to their season collection.

Coach Jeff Campbell’s squad finished with 67 points and trailed only Garaway, which closed the 17-event competition with 78.

Fueling Shadyside’s finish was a trio of district championships.

Junior Jakob Klug claimed the high hurdles to get the day rolling for the Orange in a time of 15.78. He also advanced to the regional in the intermediates thanks to a third-place finish in a time of 42.33. 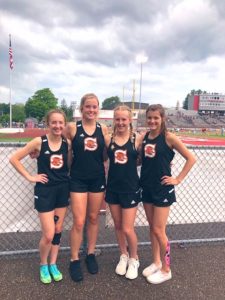 Shadyside will also compete in next week’s regional in the 4×8 and pole vaulters Dale Hawthorne and Brenden Schrader nabbed bids on Tuesday.

Junior Kaylee Savage qualified third in the discus with a mark of 109-10.

The Tigers advanced in both the 4×4 and 4×800 relays as well. The former was fourth, while the latter was third on Tuesday.