OLD WASHINGTON — Tournament softball games — quite often — boil down to solid pitching and capitalizing on opportunities.

That theory applied perfectly to the Division IV district semifinal between Shadyside and Strasburg on Wednesday afternoon at the Buckeye Trail High School softball complex.

Shadyside got solid enough pitching and defense, but it watched Strasburg capitalize on the most scoring chances and it resulted in the Belmont County Tigers seeing their season come to an end by a 4-2 score. 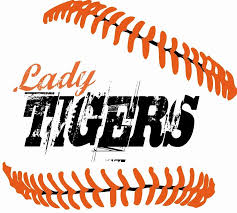 t have the words for it,” Ongley said. “We had chances and opportunities, but they just didn’t go our way.”

Ongley is spot on with that analysis. 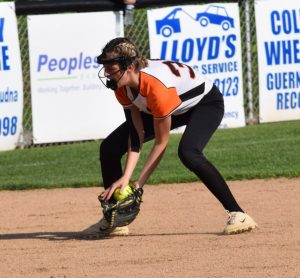 me and eventually moved to third and second, respectively, with the heart of the order coming up.

Strasburg pitcher Zoe Thomas, however, proceeded to sit the next three Shadyside hitters down via the strikeout to escape the damage.

The Tuscarawas County Tigers, meanwhile, pushed across two runs with a mixture of small ball and a key hit by designated player Becca Sugalski.

Shadyside finally broke through in the third and knotted the game. Destifanes and Davis ignited the rally again with back-to-back singles and stole second and third, respectively.

Destifanes raced home with the first Shadyside run with some heads-up baserunning. She broke for home after a strikeout and caught Strasburg napping. Two hitters later, senior Izzy Swords singled to center to score Davis, but Tory Hendershot, who had reached on a fielder’s choice was cut down at the plate on an impressive throw by Paige Garren.

“All season, we’ve been slow to start,” Ongley said. “We’ve had several games where we get runners on (base) early, but we just don’t execute well enough to score t 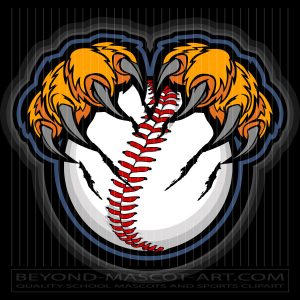 hem. In a game like this, you have to do that. When you have runners on second and third with no outs, you have to find a way to get a run.”

Thomas, who had 10 strikeouts in the game, proceeded to hold Shadyside at bay until her offense ignited again in the last of the sixth. After Shadyside’s rally in the third, Thomas sat down 11 in a row.

Strasburg, which will now face Tuscarawas Central Catholic in the district title game today, appeared set to take the lead when Garran took a Brooke Reger pitch deep to center, but Destifanes timed her leap perfectly and brought what would have been a home run back for the first out of the inning.

However, Strasburg was able to extend the inning and turn the order over, which put two runners on for Brynn Coles. She sliced a double down the left-field line just out of the reach of the Shadyside outfielder, bringing home two runs.

“Again, we had an opportunity, but it just didn’t fall our way,” Ongley said.

Shadyside got a runner aboard in the top of the seventh, but Thomas recorded a strikeout to end the game.

Shadyside finishes the season at 16-9.

“We started the season 0-4, which was tough, but the girls never quit,” Ongley sad. “We could have hung our heads early when things weren’t going our way, but we fought back like we have all season. We’ll definitely miss this senior group.”