The Beginning and History of the Shadyside Relays 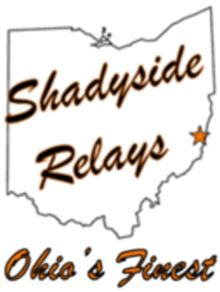 In 1968 Tom Vichich came to teach and coach at Shadyside after a short career at Bellaire. Tom brought a vision with him from Bellaire – create a quality track meet for smaller schools to complement the Bellaire Relay 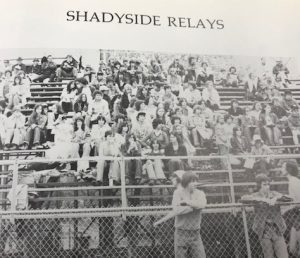 s that catered to the larger schools throughout Ohio and the region. Shortly after arriving at Shadyside and beginning his duties as the assistant track coach under the legendary Jack Berger, he and Berger began developing the idea of and plans for the Shadyside Relays. The Shadyside Relays was born and became a major track meet for 1A/2A schools. With Vichich’s vision and leadership, the guidance of Berger and the blessings of school administrators, Donald F. Miller, Superintendent, Floyd Wright, Principal and Lawrence Falbo, Athletic Director, along with the board of education, Jim Donkin, Bill Allietta, Dr. Emmett Millit, Axel Ottoson and Dr. Jim Antalis, the ﬁrst Shadyside Relays was held in May of 1972. Thereafter it became a staple on the 3rd Saturday of April. Input was requested and received from several track and ﬁeld coaches and ofﬁcials throughout the Ohio Valley. Cal Gifﬁn, Joe Gill, Sam Mumley, Bill Thomas and Ed Davis were just a few of those involved with the ﬁrst relays. Also part of the planning, development and start of the 1972 Relays were, among others, Lou Postage, John “Gizzle” Ciszewski (a HS student at the time), Steve Montgomery, Jim Bittengle, Butch Joseph, Frank “Slick” Ciszewski, Chuck Vogt, Wilbur Coates, Jack Bonar, Bob Bittengle, Clyde “Kiggy” Kiggins and several of the Shadyside Boosters Club. A letter was sent to many of the 1A and 2A schools in the Ohio Valley and surrounding region to seek their participation interest. To make travel as convenient as possible and in a same-day-travel concept, the meet was designed to begin ﬁeld events at 10:30 and running events at 11:30.

Along with Berger’s support, guidance and leadership, Vichich received considerable help from John Ciszewski who sorted all track athlete entries on individual index cards by time, distance or height entered. A “heats meeting” would subsequently be held on the Thursday before the Saturday Relays. Entrants from the sorted cards would be placed in heats, sections or ﬂig 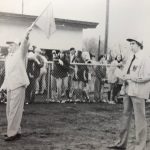 hts on chalkboards in several classrooms in Shadyside High School. School secretaries would type all the information from the chalkboard and duplicate all heats, sections or ﬂights of all events on a mimeograph machine. In addition to the competition, there were several other related activities developed. One of those activities was called the “Smoker.” This activity was a social and reception for the ofﬁcials and coaches. The smoker was originally held the Saturday night after the relays in 1972, but was switched to the Friday night before the relays in 1973. Major donations were received from Suter’s IGA, Shadyside Convenient Mart and several o 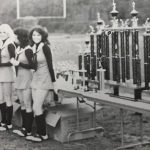 ther businesses. A major challenge for the ﬁrst and early relays was the track and ﬁeld preparations. The track surface was a cinder track at the time. For the relays, a better ash was obtained from the Ohio Edison power plant in Dilles Bottom. The Army Corp of Engineers rolled the ash tight. The surface, after rolling, became a hard and resilient surface. There was a 6-lane liner used to line the track with athletic ﬁeld lime. Colored lime was also used to line the relay exchange zones and staggered lines. When it rained

hard enough, the lines bled and disappeared. The track then had to be relined, if this was even possible. During the early years, with little money to begin the process, Vichich and the school were billed for the materials and supplies. To pay these bills, the revenue from entry-fees, gate receipts and sponsor donations were used. The Football Moms provided a luncheon for the coaches and ofﬁcials. Shadyside HS was the original sponsor of the Shadyside Relays. After about two years of operation, Vichich sought and received the help from the Boosters Club. In about 1978 the Shadyside Boosters became the sole sponsor. In 1980 the Boosters delegated the 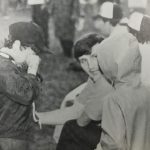 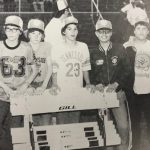 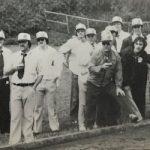 singly, the 1988 girl’s relays had to be postponed from its original April 4 date because of an 8” snowstorm. The meet was subsequently held the following Thursday. Now the Shadyside Relays hosts both boys and girls team and have hosted as many as 26 boys teams and 26 girls teams.

~END~ Original composed by Jerry Narcisi April 17, 2012 from information and/or documents from or developed by Craig Whitmore, Tom Vichich, Butch Joseph and Jerry Narcisi. Revisions are made yearly.