It isn’t every year that the nation’s leading rusher comes from Ohio, or Division VII, or 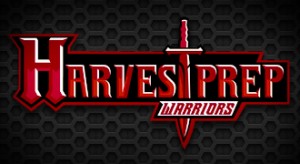 Region 27 or to Fleming Field for the first round of the OHSAA football playoffs.  It is the case this year as the Tigers welcome Harvest Prep running back Dan Bangura to the friendly confines of Fleming Field on Saturday night.

Bangura, an extremely shifty and speedy running back leads the nation (you heard it right – the nation) with 3,138 yards coming into week one of the playoffs. 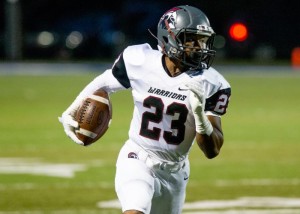 With his amazing stats, Bangura has yet to get that Division I recruitment letter. Bangura has many offers from DII & D3 schools however.  Why not Division I?  Perhaps his size.  You see Bangura is 5-10, 170, which is what helps him with shiftiness, speed and moves.

“He’s a miniature Barry Sanders,” say Tiger Head Coach Mark Holenka.  “He is very elusive, makes people miss and when he finds a hole, he downshifts. He has it all.”

Although Warriors head coach, Milan Smith says they don’t like to throw a lot, they certainly have a target when they want to throw.  Isiah Mullins is a 6-4, 255 pound tight 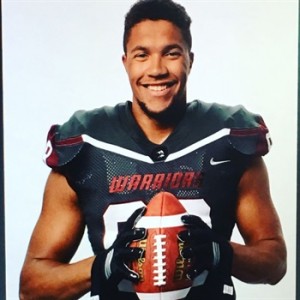 end who also doubles as defensive end has performed well at several camps and has no less than seven Division I offers and has caught the eye of such programs like Michigan State and Ohio State.  Only a sophomore, Mullins could be a force to be reckoned with on Saturday night.

Don’t expect anything fancy defensively.  The Warriors use a simple Base 40 defense and will make adjustments as the game progresses.

While either coach is thrilled about their first round opponent, both have the utmost respect for each other.

“Drawing Shadyside in the first round doesn’t make you feel good. We got some tough 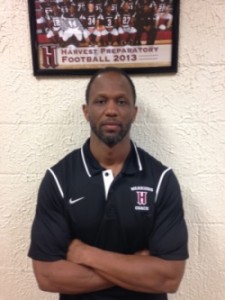 luck with the draw,” Smith said. “What Shadyside has done is remarkable. We envy to be like them in 10 years.”

“We need to score every time we have the ball. If we go more than one series in each half without scoring, we are putting ourselves in trouble,” Holenka said. “We must sustain and finish drives while eating some of the clock. We must shorten the game.

“The scariest thing is that when we score we have to kick off. He (Bangura) is a game-changer,” he continued. “They will not give us big plays and it will be tough to get outside on them.”

The Tigers kick off against Harvest Prep this Saturday at 7:00pm.  Prior to kickoff, the Tigers Boosters will be hosting a pre-game tailgate party open to all Tiger and Warrior fans.  The tailgate will take place in its usual spot of left field of the baseball field and will feature the Valley’s best bean soup, courtesy of the Bridgeport Boosters.