Playing with Ironman durability, Jessie Cicogna has started every single volleyball match for the Lady Tigers over the last two years. For her efforts in 2015, she has been named to AllTimes Leader Volleyball Team.

“Jess is our leader on the floor,” says Tiger Head Volleyball coach, Joel Joseph.  “She is constantly 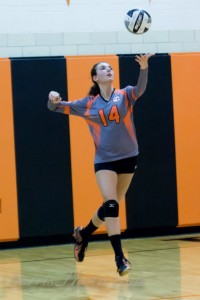 trying to get the girls fired up and putting them where they are supposed to be on the floor.  She’s a great competitor and has a desire to make those around her better.

Joseph pointed out that Cicogna made the switch in 2015 campaign to a full-time setter. 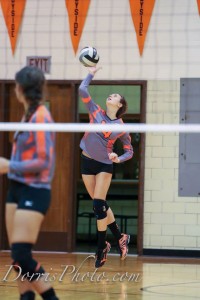 “Her freshman year we ran a 6-2 so she shared setting duties,” said Joseph.  “However, this year we ran a 5-1 and she settled right into her role full-time.”

Cicogna, will now focus her concentration to the basketball court,were she will, once again, be a starter for the Lady Tigers varsity basketball team.