Nominated by area coaches and picked by the Times Leader sports staff, the 2015 edition of the All Times Leader Football Team was released on Thanksgiving day and 4 Tigers found themselves on the list of the postseason honor. 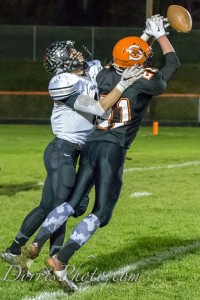 line, Stevie Doughty and Mason Campbell along with junior Donnie Meadows were all selected for their efforts during the Tigers “Never-Say-Die” 2015 football season.

Cline, a defensive back, capped a career that saw him only get better as the season went on.  He finished the season with 38 tackles.  16 of those were solos and he helped his teammates with 22 assists.  To add to his resume, he had 10 pass breakups and 4 interceptions.

“When he made plays, they were game-changing types of plays.  Logan really developed his game as the season went along,” Holenka commented.

Stevie Doughty anchored the Tigers defensive squad from his linebacker spot in 2015.

“Stevie was the guy on our defense,” said H 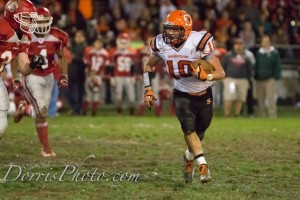 “He really understood offensive schemes and formations.  He was a guy that we asked to do a lot of things in terms of coverage and such too.”

Doughty recorded 87 tackles from linebacker spot including 38 solos.  Of those tackles, three were for losses.  He also played a role in turnovers as he grabbed two interceptions. 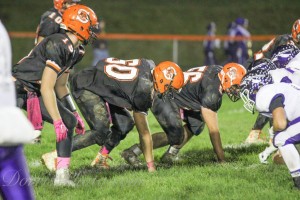 ell, was the Tiger on a mission in 2015.  The senior leader saw his final campaign cut short by three games due to a knee injury.  However, when he returned to the Tigers lineup in week 4, he left a lasting impression on area offenses.

While splitting his time at defensive tackle and linebacker, Campbell participated in 71 tackles including 28 solo efforts.  Seven of those tackles were for losses.  He also contributed 2 interceptions and forced a fumble.

“Mason, was a player who willingly moved from tight end to offensive tackle for team success,” said Holenka.  “He was an adept defensive player.  We a re going to miss him.”

Rounding out the Tigers contingent, was junior offensive lineman Donnie Meadows.  Meadows proved himself to be the leader of the Tiger offensive trenchmen in 2015. 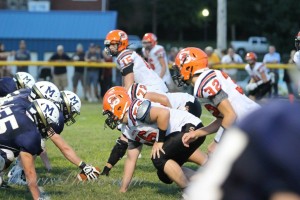 “When we needed short yards, Donnie was the guy we ran behind,” offered Holenka. “He was a good trap blocker and the leader of our offensive line.

Meadows, like all of the previously mentioned players, played on both sides of the ball.  From his defensive tackle spot he recorded 62 stops including 26 solo with 5 of those being for negative yardage.